In Spain, Catalonian nationalists advocating separation from Spain are likely to go ahead

with a symbolic referendum on independence. Madrid has threatened it will seize control of polling booths if the vote proceeds on October 1. These events come on the heels of a landslide referendum victory in Iraqi Kurdistan, where allegedly 93 percent of over three million voters expressed support for independence. This is indicative of a global trend of unrest often described as populist, but which is also commonly nationalist. Throughout Western Europe, these upstart parties and politicians have tended to be of the right-wing variety, arguing for policies of exclusion and discrimination against immigrants, especially followers of Islam. These two referendums, however, involve communities are seeking the creation of two states, not the preservation of traditional polities. Catalan separatism is rooted in Castilian supremacy in Spain, starkly characteristic of the 1936-1975 Franco dictatorship. Upon the dissolution of the Ottoman Empire, Turkey and its former Arab possessions divided up Kurdish territory and subsequently suppressed nationalist agitators (ironically, it was the 2003 U.S. war on Iraq and the following destabilization of the region that sowed the seeds for an autonomous Kurdish government and any possible state it forms).

An independent Catalonia or Kurdistan would indubitably frustrate the hegemony of the U.S. and its Western allies, showing once again their inability to maintain the status quo. The weakening of imperialism is clearly anti-imperialist, but is it left-wing? The standard answer is that any nationalism is inherently anti-Marxist, as The Communist Manifesto explicitly states: “The Communists are further reproached with desiring to abolish countries and nationality. The working men have no country.” In isolation, the second sentence could mean that workers have no stake in the bourgeois state, but the preceding one makes it clear that communists seek to eliminate nationality as an identifier. This makes logical sense, if one accepts that communism stems from a belief in the unity of humanity; it would do little good to obliterate distinctions of class and state power while retaining ethnic division, a keystone of discrimination through every epoch. The Marxist theorist who married Irish nationalism with socialism, James Connolly, put it so: “If you remove the English army tomorrow and hoist the green flag over Dublin Castle, unless you set about the organization of the Socialist Republic your efforts would be in vain. England would still rule you. She would rule you through her capitalists, through her landlords, through her financiers, through the whole array of commercial and individualist institutions she has planted in this country and watered with the tears of our mothers and the blood of our martyrs.” Or, as paraphrased in, Ken Loach’s The Wind That Shakes the Barley: national liberation not based on left-wing principles will change only “the accents of the powerful and the color of the flag.”

There are also contextual factors that guided the thinking of Marx and Engels. Both men came from Germany, a country borne from the confederation of smaller states, the opposite of nations seeking to separate from unwanted unions. Moreover, their version of socialism was scientific and anti-utopian. Nationalism is inherently emotional, a moral conception not easily operationalized. Of course, Marx considered issues of nationalism in the Poland and Czech cases, for example, but through what Rosa Luxemburg called a “sober realism, alien to all sentimentalism” fixated on individual cases, rather than some vague, generalized idea of the metaphysical “rights of nations.” 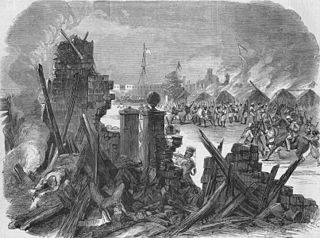 Rebellion, wherein Indians revolted against the British Empire over issues of taxation, land annexation, abuse, and general exploitation. Marx wrote that: “However infamous the conduct of the Sepoys (Indian soldiers), it is only the reflex, in a concentrated form, of England’s own conduct in India, not only during the epoch of the foundation of her Eastern Empire, but even during the last ten years of a long-settled rule. To characterize that rule, it suffices to say that torture formed all organic institution of its financial policy. There is something in human history like retribution: and it is a rule of historical retribution that its instrument be forged not by the offended, but by the offender himself” (emphasis mine). This dialectical viewpoint reflects the notion that capitalism is the author of its own destruction; its contradictions cause its own collapse. He observed that the violence inherent in imperialism breeds violent uprisings in response. Neither Marx nor Engels may have had little time for patriotic fervor, but they understood anti-imperialist movements as forces for positive social progress.

In 1909, Luxemburg wrote The National Question, in which she sought to bring nationality “from the clouds of abstraction to the firm ground of concrete conditions.” She acknowledged that states should be able to choose their own paths, while asking:

“[W]ho is that ‘nation’ and who has the authority and the ‘right’ to speak for the ‘nation’ and express its will? How can we find out what the ‘nation’ actually wants? Does there exist even one political party which would not claim that it alone, among all others, truly expresses the will of the ‘nation,’ whereas all other parties give only perverted and false expressions of the national will? All the bourgeois, liberal parties consider themselves the incarnation of the will of the people and claim the exclusive monopoly to represent the ‘nation.’ But conservative and reactionary parties refer no less to the will and interests of the nation, and within certain limits, have no less of a right to do so.” To her, the pursuit of some ideal nationalist state is a farce and distraction of workers everywhere, while the capitalist empires benefit from their wasted efforts.

Lenin, writing a direct rejoinder in 1916 to Luxemburg, defended self-determination, which had become increasingly mainstream around World War I. He rejects Luxemburg’s claim that seeking statehood comes from moral rather than material motives, as separation from foreign control is required for the realization of conditions favorable to capitalism: common language and communal bonds lubricate all forms of commerce. They do this not to attain true sovereignty, as Luxembourg argues, which Lenin agrees is impossible; true economic independence is unobtainable in the capitalist world system. Nevertheless, some basic degree of autonomy is a prerequisite for any sort of fundamental economic development. Lenin argues against bourgeois arguments for national exclusiveness, advocating “the unity of the proletarian struggle” and the “international association” of all proletarian organizations, but remains firm in arguing that all states should enjoy an equality of rights, including the right of secession.

In a way, Lenin highlights the difference between hegemonic nationalism – embodied by

the Great Russian nationalism of his time, which the House of Romanov had used for generations to justify its Imperial regime – and the emancipatory nationalism of dominated nations, be they the repressed states of the old Russian Empire or later colonial liberation movements. Lenin was acutely aware of the nationalist movements that had emerged in the declining Russian Empire as well as the draconian “Russification” policies pursued by the Romanovs to preserve their crumbling hold over the nations in the Baltics, the Caucasus, and elsewhere. Unlike Polish nationalism, which sought to overturn the status quo, Russian patriotism threatened change and revolution, and thus Lenin and the other Bolsheviks were hostile to it after taking state power in 1917. In the 1920s, the Soviet Union followed a policy of korenization or “nativization,” using traditional indigenous symbols and alphabets and promoting local cadres within governments and the Communist Party. In the 1940s, Nazi Germany’s invasion of the Soviet Union led to nationalism becoming resurgent, as the state extolled its soldiers to defend the “Motherland.” While this is often portrayed as a unilateral decision by Stalin, in truth it reflected conditions beyond his control: Hitler had framed the German invasion as a showdown between Western Europe and the Slavs, while the liberals of Europe had insured Soviet internationalism had bred no other socialist states in the image of the Soviet Union, save Mongolia. The Spanish Civil War in the 1930s showed that capitalist powers reacted better to nationalism than internationalism.

Lenin believed strongly in national self-determination, and in many ways the Russian Communist Party he established in 1918 was the first national communist party. This was reinforced after Josef Stalin adopted the “socialism in one country” policy. Yet this was not a policy of isolationism. The Soviet Union engaged in interventions suiting its own interests (such as in 1956 in Hungary and in 1968 in Czechoslovakia), but it also supported colonial liberation movements in Africa, especially in southern Sub-Saharan Africa and its long-standing white-ruled governments in Rhodesia (now Zimbabwe) and South Africa. In Latin America, Moscow aligned with the Castro regime, and in the 1970s, both Soviet and Cuban support was critical to the victory of the People’s Movement for the Liberation of Angola. Today, as the U.S. and its allies rush to place any number of new sanctions on nations deemed “rogue states,” there was much resistance even into the 1980s by that same West to sanction Rhodesia and South Africa. Virginia Senator Harry Byrd, a staunch conservative, introduced an amendment in 1971 that permitted the U.S. government to circumvent its own embargo of Rhodesia; trade necessary to defeat communism was more important than defeating racist regimes. Even the People’s Republic of China, before business interests replaced its ideological drive, financed African wars of national liberation. Robert Mugabe and his ZANU party, it is now forgotten, once claimed Beijing as benefactors and followed Maoist dogma.

Marxist-Leninists are entirely justified in supporting the Catalonian and Kurdish pursuits of self-determination, because it is a matter of materialist reality. These nations do not advance nationalism as a panacea, but as a necessary condition for pursuing a sort of national sublimation. In the words of the Indian communist M.N. Roy: “We want freedom, not to save the world, but to save ourselves.” Nationalism is not held up as an end, but a means to an end. States that act according to socialist principles will transcend nationalism, as the Soviet Union and early PRC did. It remains to be seen whether socialist governments would or will emerge in independent Catalonia or Kurdistan, but that is of course a question for the peoples of those nations.

Oppression shackles the aggressor as well as the victim. As Lenin said, “Can a nation be 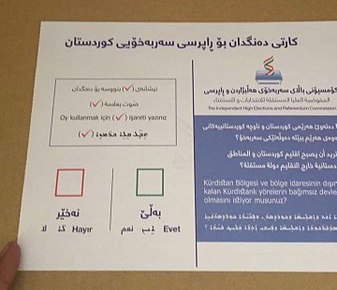 free if it oppresses other nations? It cannot.” The U.S., along with its allies, refer to the Catalonian and Kurdish independence movements as “internal matters.” Just as in the 1970s and 1980s, when anti-communism trumped anti-racism, partnerships in Europe and the Middle East surpass a right to self-determination. The Catalonians are no stranger to this; Francoist Spain, which actively repressed Catalonian identity, received support precisely for its anti-communist credentials. The Kurds, meanwhile, need only look to occupied Palestine for any guidance on the limits of Western moral authority.

The violence on display in Spain shows the high cost if states seek to squash popular movements; unfortunately, the tacit approval granted by the Western community that more concrete consequences do not accompany such abstract loss of legitimacy. It behooves followers of Marx and Lenin to denounce such tyranny and our own governments’ passive acceptance of it. Only after those nations are free can we amplify and ally with the movements within them promoting class struggle.